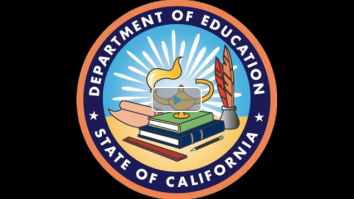 [Originally posted 10:56am September 7th, 2018; Updates provided at the end of post]
The appointed State Board of Education in California has been critiqued in recent years as a rubber-stamp of the charter school movement, approving highly problematic petitions for new charter schools, a large proportion of which end up either closing or never even opening. In The Public Interest has published several reports documenting high levels of waste in the charter sector and extensive evidence of harm to neighboring public schools that suffer budget declines as a result of the siphoning away of funds from their campuses. Dozens of additional concerns with unchecked expansions of charter schools include resegregation, disproportionate push-out of students, fiscal instability, insufficient staffing, problematic instructional practices, health and safety violations, and lack of transparency in governance. For a collection of critical perspectives on school privatization with evidence of each of these concerns, see Charter Schools & “Choice”: A Closer Look.

Today, (September 7th, 2018) the Trustees of the California State Board of Education are voting on yet another set of controversial charter decisions. Will the previous pattern of perfunctory rubber-stamping continue at the State despite local opposition and elected officials’ decisions to deny the schools? Or will we finally see a turning of the tide with more nuanced decision-making on how to spend tax dollars for public education?

Consider the following:
Promise Academy and Perseverance Preparatory received the proverbial rubber stamp by the State Board last January despite denials at the district and county levels and serious red flags raised during deliberations.  Now, nine months later, neither has met the necessary requirements to open for the planned 2018-19 school year and each of the petitioners is asking for a material revision to open instead in the 2019-20 school year. Should they be allowed an extension or not?

Another controversial charter chain is Rocketship, petitioning to open in San Pablo after strong community opposition and denials from the local district and county elected school board trustees. Problems with this chain have been ongoing for years and too lengthy to list in this post. Readers are encouraged to view this subset of Rocketship posts from a larger curated collection and to read this 2016 piece that documents issues which to this day remain unresolved. The Concord campus that was approved on appeal by the State Board in 2016 has since been served at least 6 “notices of concern” from the State Department of Education.

In addition to the issues raised above, many problems are also noted in the report Spending Blind: The Failure of Policy Planning in California’s Charter School Facility Funding. One is the need for greater scrutiny and oversight of fund allocation to students with special needs.

One of the state’s fastest-growing SELPAs is El Dorado County’s charter-only SELPA, whose number of affiliated charter schools has grown in just years from 41 in 2011 to 264 in 2016. The affiliates include many of the state’s largest CMO chains. Schools affiliated with the Alliance chain in Los Angeles, KIPP in San Francisco and Oakland, King-Chavez in San Diego, and Rocketship in San Jose all have their special education needs met by rural El Dorado County, hundreds of miles away in the foothills of the Sierra Nevada.

This flood of long-distance affiliation may reflect a substantial financial incentive. For instance, where the LAUSD SELPA traditionally retained 100% of a school’s special education funding, along with a contribution from each schools’ general fund, most charter schools associated with the El Dorado SELPA pay the SELPA no more than 5% of their special education funding, keeping the rest.  In return, of course, the El Dorado SELPA also provides more limited services, and these schools are responsible for meeting their students’ needs. But for schools with limited numbers of special education students—or whose students’ needs are sufficiently mild that a school’s staff can meet them with minimal need for outside professional help—the arrangement may make financial sense. All ten schools in the Rocketship chain, for instance, were affiliated with the El Dorado SELPA in 2015-16, with special education students accounting for just 5.5% of their combined student body—less than half the statewide average. Such schools may realize substantial savings by retaining average per-pupil special education funding while serving below-average needs. But as a result, their home districts are left serving the neediest children but without the needed resources.” (p. 34)

Now consider the disproportionate suspension rates of students with disabilities at Rocketship schools. The chain’s marketing and promotional materials laud low rates overall, but the patterns of students getting suspended are revealing and corroborate concerns about differential treatment and high rates of push-out of students with special needs.

Finally, let’s take a look at the disproportionality in rates of suspensions for Black/African-American students at the following Rocketship Charter Schools.

None of this information is new for the decision-makers. These issues and many more have been communicated clearly in reports, letters, and documents, and these concerns need to be front and center in state level deliberations.  It appears today, finally, at least for the Rocketship decision for denial, they were listening.

KIPP Refuses Agreement to Abide By Conflict of Interest Law; Gets Approved By State Board of Education

Privatized Education Steals From the Poor, Gives to the Rich

How Hedge Funds Will Profit From School Privatization

One thought on “How Did The State Board of Education Vote on Controversial Charter School Petitions?”